2015 was a good year for Bluemount Bulldogs.

Our young girl Dora started her show career this March with a Best Puppy In Show and two Group 2nd at the Halifax KC Shows. She quickly finished her Championship in style with 2 Best Puppy In Shows and 16 group placements (6 Group 2nd, 5 Group 3rd, 5 Group 4th) within two months (from March to May). She kept her ranking of #1 Bulldog Bitch In Canada through the year.

Our boy Bobo started his Speicals Career this June. With only five months showing, he achieved 3 Best In Shows, 2 Reserve Best In Shows, and 35 group placements (including 19 Group 1sts which made him the most Group 1st winning Bulldog during the year). He is also the only bulldog winning multiple Best In Shows this year and is ranked #2 Bulldog in Canada for 2015.

We would like to thank all of the judges for awarding Bobo and Dora these wins, and look forward to an exciting 2016 with Bobo. 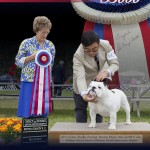 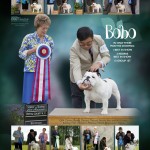 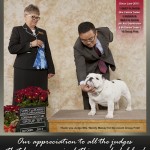 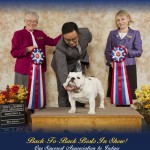 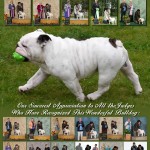 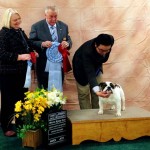 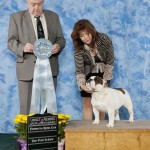